This is a delicious dessert for ZERO Freestyle points!

Peaches were on sale the other day so I grabbed 4 knowing there was something I could do with them.

I’ve had baked peaches in the past but they included a hefty amount of butter and brown sugar. Of course, they were delicious, but that would not be a zero point dessert.

I found a couple of ways to lighten this recipe up. Instead of using butter I used the spray version of I Can’t Believe It’s Not Butter.

Instead of using brown sugar I used regular Splenda mixed with cinnamon.

With two simple changes, I was able to create a zero point dessert. I also put a little bit of fat-free Reddi Wip on the baked peach, which is also zero points.

Another bonus is that this recipe is super easy to make. I think turning on the oven was the most complicated part. 🙂

I cut the peaches in half and removed the pit. I put them on a baking sheet then I sprayed each peach 2 times with the spray butter. Then I sprinkled the Splenda and cinnamon mix over the peaches. 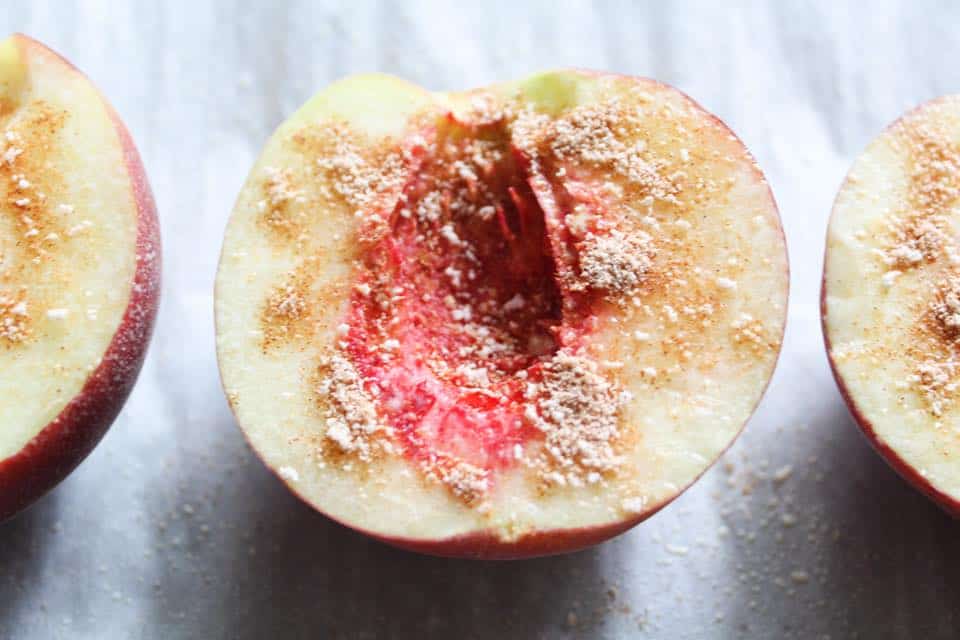 I baked the peaches for 12 minutes. That’s it! It took me 20 minutes (at the most) to get a warm and fresh dessert.

I had the baked peaches for dessert but they would also make a great snack or even breakfast. 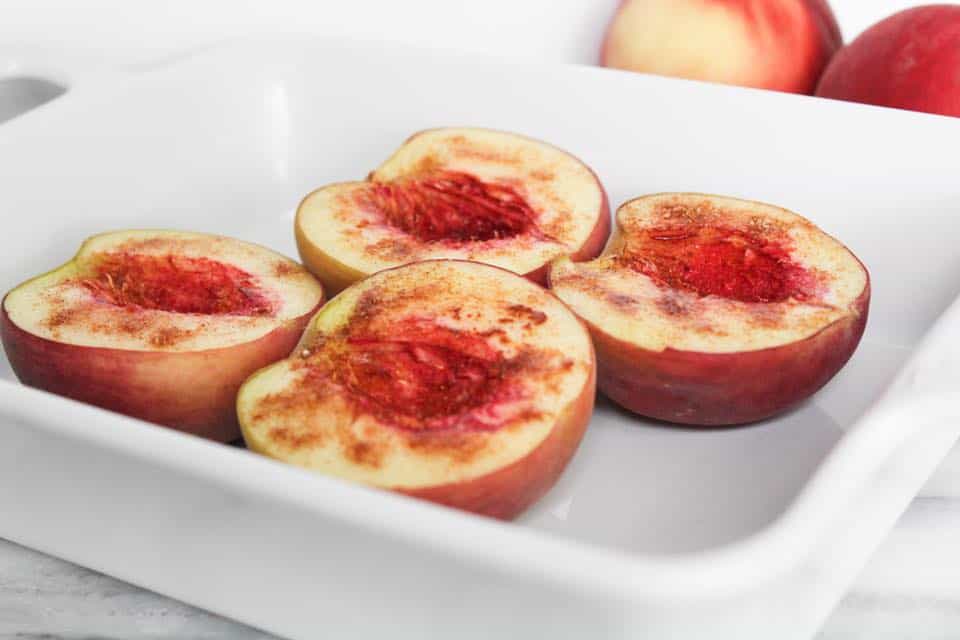 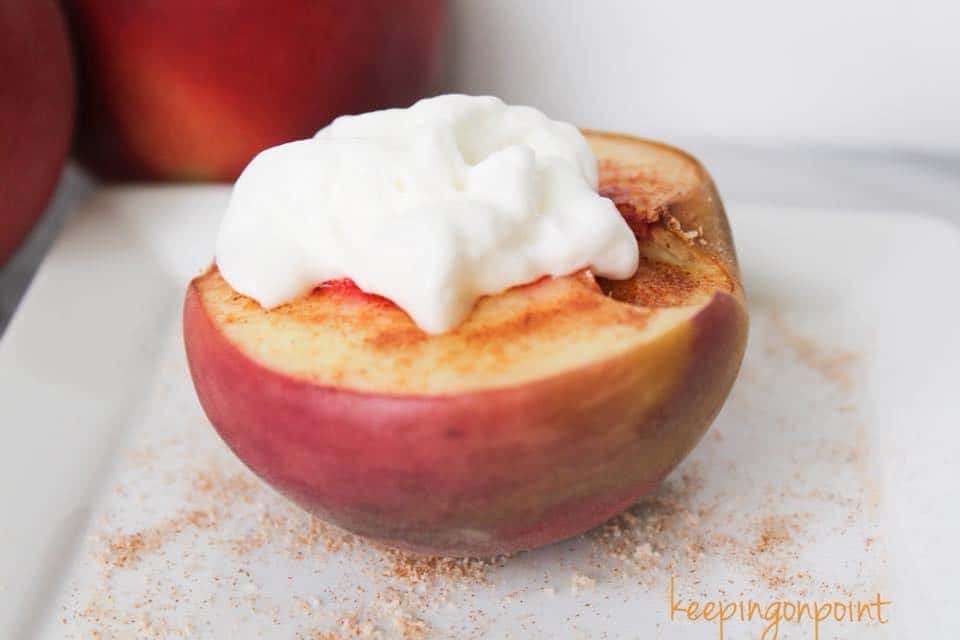 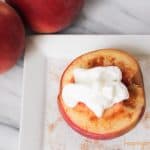 […] If you’re looking for a zero point dessert, try these Baked Peaches. […]

This is the answer to my dessert problem!

© Keeping On Point, 2021. Unauthorized use and/or duplication of this material without express and written permission from this site’s author and/or owner is strictly prohibited. Excerpts and links may be used, provided that full and clear credit is given to Keeping On Point with appropriate and specific direction to the original content.